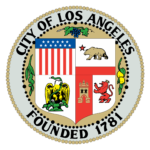 Group’s patented Internet auction platform to take competitive bids for $916 Million in Tax and Revenue Anticipation Notes. Twelve financial institutions participated in the open auction in which 62 bids were submitted. In fact, bidder competition was so keen that the auction extended for over six minutes from its scheduled end time until a winner emerged. City officials, as well as their Counsel and Financial Advisor, Gardner, Underwood & Bacon LLC, were able to watch — in real time — the open auction bidding that resulted in the City receiving a weighted average True Interest Cost of 3.62845 %.

During the 30-minute open auction, bidders were shown their bid status (i.e., “In the Money” or “Out of the Money”) and were able to subsequently improve their bids based upon real-time feedback. The City also utilized the Two-Minute Rule (TMR), which triggered 15 times, extending the auction for an additional two minutes each time the lead changed during the final two minutes of the auction.

As a convenience to bidders, the City permitted partial bidding – allowing bids in $100,000 increments with a minimum bid of $1 Million which allowed more underwriters, including local and regional underwriters, to compete for the City’s notes and, hence, achieve more competitive rates.

Since 1997, Grant Street Group has conducted over 360 Note auctions for nearly $40 Billion to-date on its auction websites.