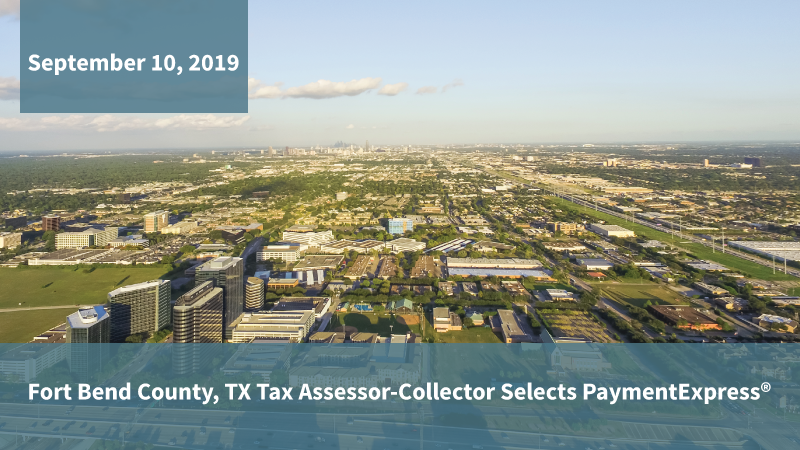 Grant Street Group announced that the Fort Bend County, Texas Tax Assessor-Collector has officially selected PaymentExpress® as its new payment processing system. With over 764,000 residents, Fort Bend is the 10th most populous county in the State of Texas and one of the fastest-growing areas in the United States.

For more information on PaymentExpress, contact Phil Runyard, Chief Payments Strategist, at (412) 391-5555 ext. 1341 or via email at Phil.Runyard@GrantStreet.com.