Since September 2015, the MTA has sold $3.3 billion in notes, in 14 auctions, using MuniAuction’s open auction platform. This enhanced, competitive process resulted in the MTA achieving the lowest possible borrowing costs.

If you would like to learn more about MuniAuction, or see a replay of the latest MTA open auction, please contact John McCarthy at (412) 246-1321 or John.McCarthy@GrantStreet.com. 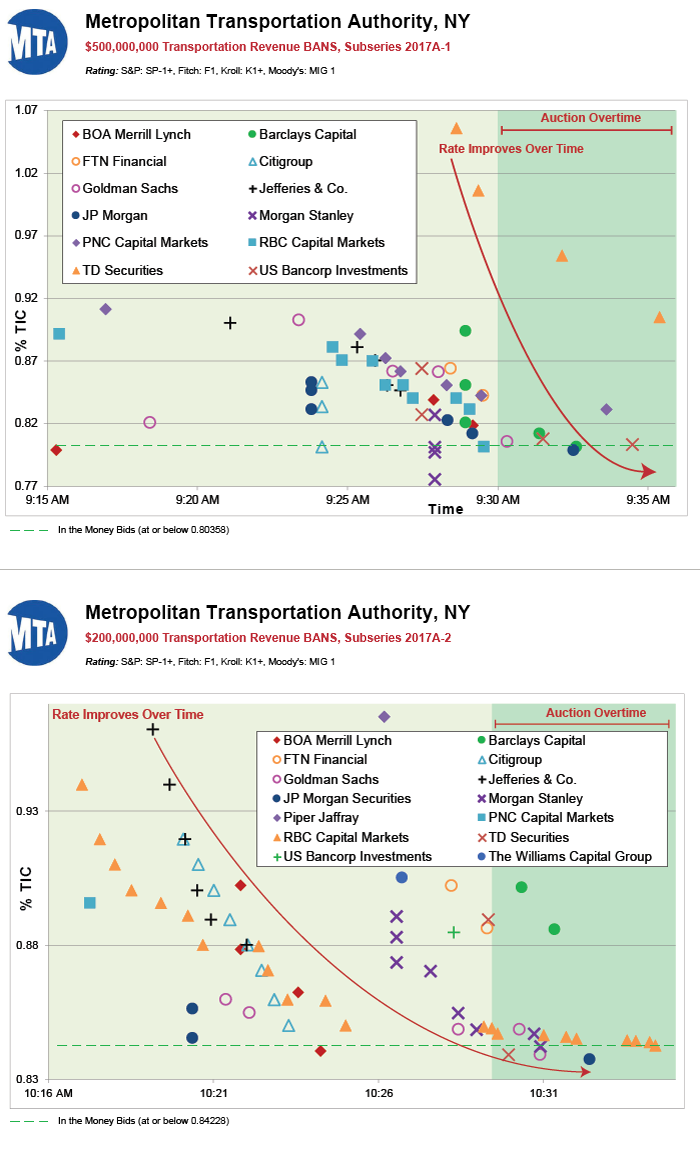