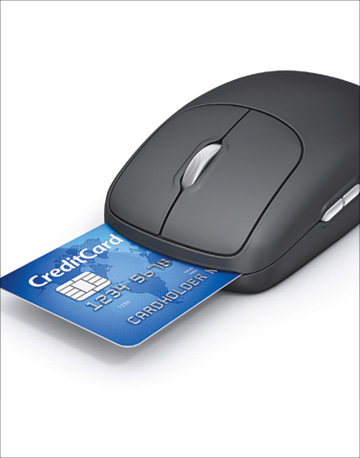 The Ohio Bureau of Motor Vehicles, in partnership with software development company Grant Street Group, reached a long-standing goal in June 2016 when all 198 BMV offices across the state were fitted with a new e-payment solution. This solution, PaymentExpress®, allows customers to use credit and debit cards to pay for BMV services, such as driver’s licenses, identification cards, vehicle registrations and renewals, license plates and inspections.

The Ohio BMV and Grant Street Group began the process of developing the project plan to implement the customized e-payment solution between December 2015 and January 2016, in order to meet the state’s statutory deadline of July 1, 2016. According to both parties, this narrow timeline required a close, well-managed partnership.

“Because the BMV was implementing an electronic payment system for the first time, there were many nuanced situations for which we had to create customized workflows,” says Phil Runyard, director of ePayments, Grant Street Group. “What happens when someone reverses a payment, or partially reverses it? What if there is a communication failure during the payment process? All of these first-time specifications and a six-month timeline meant an incredibly tight partnership, and I think it is a testament to both parties’ technical abilities and commitment that we delivered a full solution in this time frame.”

PaymentExpress provides the BMV with cutting-edge e-payment technology. “It has point-to-point encryption (P2PE), which encrypts card data and provides a significant layer of protection for the BMV,” says Runyard. “Also, they now have EMV [chip card] support. Both of these technologies are critical for motor vehicle agencies to protect customer card data and reduce fraud.”

Because the e-payment solution is a convenience fee cost structure—where the cardholder pays the cost of card acceptance—the implementation and ongoing support is a zero-cost solution to the state.

TEAMING UP
With the need for more than 1,000 PIN debit units, the implementation process was no simple feat, especially in regard to getting the Ohio BMV’s application, which is used by all customer-facing locations, to interface with Grant Street’s application in real time.

“The technology stacks for the Ohio BMV and Grant Street Group did not integrate well,” says Don Petit, registrar, Bureau of Motor Vehicles, Ohio Department of Public Safety. “Moreover, there was a mismatch in the understanding of the Simple Object Access Protocol (SOAP), relating to the real-time exchanging of data and how the data would be synchronized. This issue took significant time to resolve through several discussions between the teams’ technical architects.”

A SUCCESSFUL SOLUTION
According to Runyard, since PaymentExpress has gone live, 73 percent of payments at the Ohio BMV offices are EMV, and there have only been two successful chargebacks out of more than 1.5 million payments. Both the Ohio BMV and Grant Street Group are pleased with these results.

“The partnership with Grant Street was, and still is, outstanding,” Petit says. “They are responsive, have a great staff, and develop well-defined and thorough processes. From a partnership perspective, Grant Street receives an A-grade, as we know we can count on them to support the Ohio BMV.”