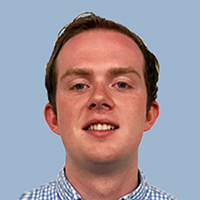 What advice would you give to a future Grant Street Group Intern?

My most important piece of advice would be to ask questions. I knew basically nothing about software before this internship, but I was able to learn a ton simply by asking questions, even at the risk of sounding dumb. The people at Grant Street Group make this a lot easier as well because they want you to learn and grow as that ultimately improves the company’s overall performance.

What single word best describes you?

Driven. I have played soccer my entire life, and I have always found that my competitive nature is my strongest asset. Essentially, in any given situation, I assume that I am not the most intelligent, most talented, or most accomplished person. As a result, I push myself to work harder to make up for any shortcomings that may or may not exist. I have found that it is a useful mind trick that has proved to be extremely helpful in my life.

What have you enjoyed most about working at Grant Street Group?

What have you been working on this summer?

As a Business Analyst Intern with the PaymentExpress team, I was charged with two main projects. My first project was designing and constructing a health dashboard to monitor operational and infrastructural metrics within the PaymentExpress application. In order to accomplish this, I had to talk with about five stakeholders to get an idea of how this dashboard should look and operate. Afterwards, I worked with a developer to carefully design the user interface of the dashboard while he made that interface functional. We are currently putting the finishing touches on this project. The second project I am working on is the design of a new receipt and receipt uploading interface for PaymentExpress. I have created several mock-ups for the receipt uploading user interface and for receipts in both standard and narrow formats. I am currently waiting for a design to be selected, and afterwards, a developer intern will install it in the app.

Learn More About Our Internships